Book 2 of the GUNTER WAYAN SERIES

Locations and items referenced in The Frame

The newly installed Mafia don lived in his ancestral home on the coast of Trieste in a 100-year-old, 10,000-square-foot neoclassical house perched on a hill, his estate extending more than a mile in every direction.

The Bulgari Bali, as I noted in the previous Gunter Wayan novel, is literally a Garden of Eden on earth. It is also one of the most serene places I have visited.

Il Ristorante at the Bulgari resort

The sous chef at Il Ristorante at the Bulgari resort in Bali was 40 years of age, five feet, ten inches tall, and was neither fat nor thin. He wore a traditional chef’s uniform of a white double-breasted jacket, pants with a black-and-white houndstooth pattern, and a white apron.

The Mansion at the Bulgari, Bali

Bedroom at the Mansion at Bulgari, Bali

“It’s better if I show you,” she said, continuing on the path they were on, which meandered until it eventually ended at a row of five mansions that overlooked the Indian Ocean. The surrounding area was heavily landscaped with colorful trees, plants that bore magnificent flowers, and grass that was deep green and visually perfect. Anna pulled the golf cart into the driveway of the last mansion.

Hearing his motorcycle piercing the quiet of the early morning, the guards were like kids in a candy shop awaiting the treats which the sous chef always brought them. Today, it was wingkos – a round cake about the size of a sausage patty made from coconut milk, rice flour, and grated coconut.

Once he reached it, he didn’t screw around. He picked the first car he came upon, an aging Toyota Vios, a subcompact primarily sold in the Asia-Pacific region.

Once in the parking lot, the sous chef donned his helmet, started his Honda PCX150, and headed towards the resort exit.

Eka bent down and inserted the key into the door of the small three-foot-high refrigerator and opened it. Inside she found nine tins of Petrossian Special Reserve Kaluga Huso Hybrid Caviar, each of which had a strip of clear plastic around it preventing surreptitiously opening of the container.

“I was helping the kitchen staff and delivered the champagne and caviar.”

Since Anna was accused of a premeditated double homicide and denied bail, the government put her in the Kerobokan Prison, a high-security facility colloquially known as Hotel K, where 1,378 prisoners were crammed into cells designed for 300.

Eventually, they concluded two separate actions were required. The first was to blow a hole in the outside wall using a demolition bag stuffed with C-4 explosive, what some called a satchel charge, that they could trigger remotely. 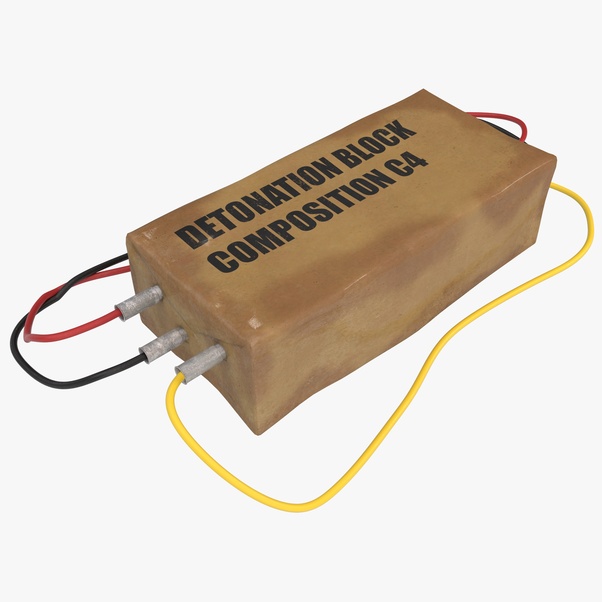 C-4 is a highly stable explosive that looks like modeling clay. One can burn or shoot a bullet into it without triggering an explosion. However, if enough energy is applied to start a chemical reaction, such as generated by an electrical detonator or blasting cap, a variety of gasses, principally nitrogen and carbon oxide, are released and expand at 26,400 feet-per-second.

Semtex refers to one of three explosives which combines RDX with the explosive PETN (pentaerythritol tetranitrate). Because PETN is marginally more powerful than RDX, which comprises all of C-4’s explosive material, Semtex is considered a slightly more powerful explosive. It feels like Play Dough, has no smell (some literature claims it smells like almond or marzipan while others say it’s odorless, and is undetectable by dogs. In contrast, C-4 has a strong scent similar to motor oil. Both are very stable plastic explosives.

They’d use an LRAC F1 reusable rocket launcher to destroy the solitary confinement facility, negating the necessity of physically approaching the building.

“Did you hear from your fugitive friend?” Persik asked Wayan as they got out of the cart in the visitor’s parking lot and into the detective’s black Mitsubishi Xpander SUV.

The Mitsubishi was two thousand feet from the pickup when the warhead left the RPG-7, the projectile traveling at 984 feet-per-second, the same speed as a 45 ACP bullet.

As the Mitsubishi Xpander left the resort, two of Dault’s men sat in a white pickup looking through Celestron 71008 SkyMaster binoculars, stabilized by a support stick that extended to the floorboard.

Lazzaro Acconci’s chartered Bombardier Global 8000 jet made the 7,206-mile flight from Trieste to the Denpasar International Airport in Bali in a little over half a day, arriving at 11:30 a.m.

The Embraer Phenom 300 jet landed at the Denpasar International Airport in Bali at 11:00 a.m. The aircraft taxied to a parking spot in front of the executive terminal, cut its engines, and lowered the aircraft stairs.

As Acconci, his translator, and four security escorts followed the C&I official off the plane, a luxuriously appointed black Mercedes Benz Sprinter passenger van waited in front of the stairway.

Your guard carried a Taurus Model 82 handgun – standard issue for the Indonesian PD,” Dault said before handing it back to preman.

The Bolt Hole was at anchor and taking on fresh supplies at Palma. In the Mediterranean Sea on the south coast of Majorca, it was the largest of the Balearic Islands and a part of Spain.

The special forces team was gathering their gear in preparation for returning to the C-130H Hercules in Denpasar that would take them on the 730-mile flight to their platoon at the Halim Air Base in East Jakarta.

He called Baldassare Pagano’s lieutenant and requested a meeting with the chairman. Once confirmed, he ordered the pilot to change their destination to the Ciampino airport in Rome, which was 40 miles from Pagano’s home in Tivoli.

Persik followed him into an empty room where Tamala and Nabar, each with black eyes and swollen faces, were tied with steel wire to heavy wooden chairs. Two of Dault’s men stood behind them, each with a Glock 17 in their shoulder holster.

The Bolt Hole was at anchor and taking on fresh supplies at Palma. In the Mediterranean Sea on the south coast of Majorca, it was the largest of the Balearic Islands and a part of Spain.

The Panasonic Toughbook CF-31 computer in front of her was one of 52 that were dispersed throughout the seven decks of the superyacht.